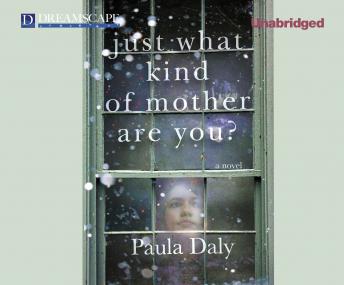 Just What Kind of Mother Are You?

Lisa Kallisto is the not-so-perfect model of the modern woman. During an impossibly hectic week, Lisa takes her eye off the ball for a moment and her world descends into a living nightmare. Not only is her best friend's thirteen-year-old daughter missing, but it's Lisa's fault. To make matters worse, Lucinda is the second teenage girl to disappear within the past two weeks. The first one turned up stripped bare and abandoned on the main street after a horrible ordeal. Wracked with guilt over her mistake, and after having been publicly blamed by Lucinda's family, Lisa sets out to right the wrong. As she begins digging under the surface, Lisa learns that everything is not quite what it first appears to be.

Starred review. "Rich with character development...narrator Laura Brattan lives up to the challenges given her: differences in regional accents, class, gender, and age. Her emotional notes are always spot on, and in a story with three main points of view the listener is always grounded due to her skill with characterization. This is a mystery that the listener won’t soon forget." - SoundCommentary

Just What Kind of Mother Are You?