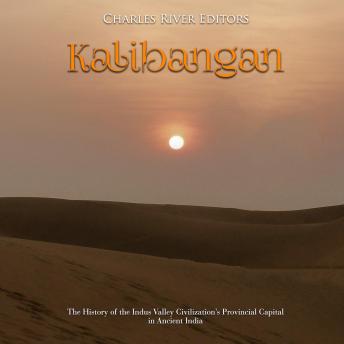 Kalibangan: The History of the Indus Valley Civilization’s Provincial Capital in Ancient India

When one thinks of the world’s first cities, Sumer, Memphis, and Babylon are some of the first to come to mind. If the focus then shifts to India, then Harappa and Mohenjo-Daro will undoubtedly come up, but after that, India’s other ancient cities are often overlooked. This is unfortunate since India’s oldest civilization, known as the Indus Valley Civilization or the Harappan Civilization, was contemporary with ancient Mesopotamia and ancient Egypt and had extensive contacts with the former, which makes it one of the most important early world civilizations. Spread out along the rivers of the Indus River Valley, hundreds of settlements began forming around 3300 BCE, eventually coalescing into a society that had all of the hallmarks of a true civilization, including writing, well-developed cities, a complex social structure and long-distance trade.

Archaeological work at Kalibangan has also shown that although it followed some of the patterns of larger Indus cities such as Mohenjo-Daro and Harappa, it was also a unique city in many ways. Kalibangan was located on a different river from the other major Indus Valley Civilization cities, and its river suffered a fate that led to the end of the city. The city of Kalibangan also presented modern archaeologists with a treasure trove of findings because it was one of the best preserved Harappan sites, giving scholars a chance to see not only how the people of Kalibangan lived, but possibly how the city died.

Kalibangan: The History of the Indus Valley Civilization’s Provincial Capital in Ancient India

This title is due for release on June 29, 2019
We'll send you an email as soon as it is available!