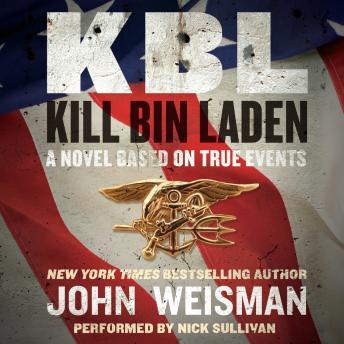 “Weisman is perhaps wired more tightly into the reclusive special operations community than any other writer, and his knowledge of weaponry and field techniques is staggering.”
—Washington Times

“A pro who knows his stuff.”
—Oliver North

John Weisman, whose expertise in the field of covert military operations is unsurpassed, delivers a stunning fictional account of the most extraordinary mission of the century: the hunting down and assassination of Osama Bin Laden, the most reviled killer of the twenty-first century, by US Navy SEALs. With KBL: Kill Bin Laden the critically acclaimed author of SOAR and Jack in the Box goes behind the headlines, carrying readers along on a breakneck, breathtakingly realistic chase—from planning to training to execution—as the evil mastermind behind the horror of 9/11 is finally brought to justice.