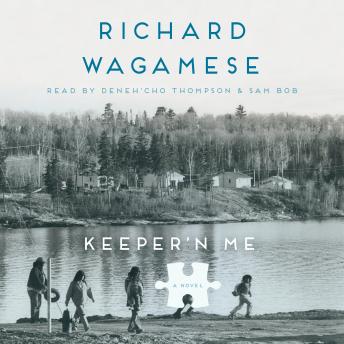 When Garnet Raven was three years old, he was taken from his home on an Ojibway Indian reserve and placed in a series of foster homes. Having reached his mid-teens, he escapes at the first available opportunity, only to find himself cast adrift on the streets of the big city.

Having skirted the urban underbelly once too often by age 20, he finds himself thrown in jail. While there, he gets a surprise letter from his long-forgotten native family.

The sudden communication from his past spurs him to return to the reserve following his release from jail. Deciding to stay awhile, his life is changed completely as he comes to discover his sense of place, and of self. While on the reserve, Garnet is initiated into the ways of the Ojibway--both ancient and modern--by Keeper, a friend of his grandfather, and last fount of history about his people's ways.

By turns funny, poignant and mystical, Keeper'n Me reflects a positive view of Native life and philosophy--as well as casting fresh light on the redemptive power of one's community and traditions.