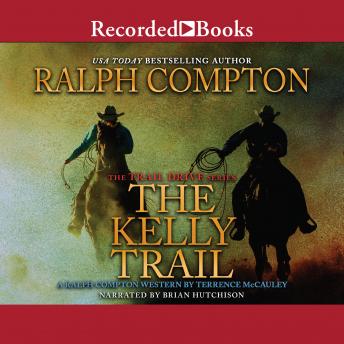 In this new Ralph Compton Western, William "Bull" Kelly brings his five sons onto the cattle drive, but when rustlers stampede the herd and injure them, he'll do anything to protect his own. Over the past twenty years, William "Bull" Kelly acquired a reputation as one of the best ramrods in Texas. He has led legendary cattle drives to almost every railhead in the middle of the country. Most impressive of all, he once drove his herd all the way up to Montana. But after years of working for other people, he decided to run cattle on his own, with his five sons. Everything starts off fine, but when a group of cattle thieves try to stampede the herd, some of Kelly's sons are hurt in the melee. The rustlers quickly find out that Kelly isn't called "Bull" because he insists on riding at the head of the herd. He's called "Bull" because of his skill with the harsh whip coiled on his belt