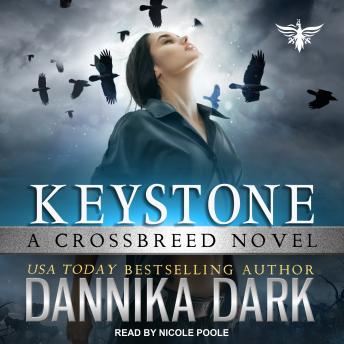 When the road forks, how do you know which path is the right one?

Raven Black hunts evildoers for fun, but her vigilante justice isn't the only reason she's hiding from the law. Half Vampire, half Mage, she's spent years living as a rogue to stay alive. When a Russian Shifter offers her a job in his covert organization hunting outlaws, dignity and a respectable career are finally within her grasp. The catch? Her new partner is Christian Poe-a smug, handsome Vampire whom she'd rather stake than go on a stakeout with.

They're hot on the trail of a human killer who will stop at nothing to get what he wants. One misstep during her probationary period could jeopardize Raven's chance at redemption, and her partner would love nothing more than to see her fail. Dark secrets, unexpected twists, and a blurred line between good and evil will keep you on the edge of your seat.

Will Raven find the courage to succeed, or will she give in to her dark nature?

It was good but a little slow. I'm on the second book of this series, so far I like her other 2 series better than this one (7 years and Sterling).

Perfect! Kate Daniels fans, try this. A one-star review sold me tbh: "Ungodly, slimy story with bad evil language!" SOLD. Narraration is top-notch. There are multiple main foreign characters switching between, and she does the job not any worse than A-List actors faking accents for roles.

Love this book, as good as 7 series!

this is a great novel, with a beautifully sadistic character that has allot of potential

I thought it was great

Holy cow. This is a story that I’ve never read a plot like it before. A true original. Narration by Nicole Poole is great, even the accent.

really good start to the series and love that the characters are built with their own personality makes it so easy to see it as a story line.

You won't be disappointed with this series! But, you should read her Mageri series first because all her books tie together. I love every one ♥️

So happy I found this series! A great storyline and the narrator is amazing! Absolutely loved it. Can’t wait to read the next book! Go on, try it! You won’t regret it!

I Know this set a base for the series. Just love Christian Poe, can't wait to see what happens next.