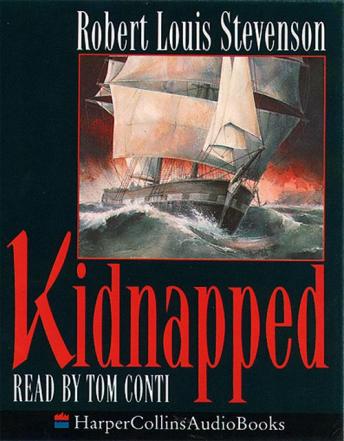 The classic adventure story of kidnap, shipwreck, murder and pursuit as young David Balfour tries to claim the inheritance he has been cheated out of.
'I have seen wicked men and fools, a great many of both; and I believe they both get paid in the end; but the fools first.'
Orphaned as a young teenager, Lowlander David Balfour's only relative is his guardian and uncle, Ebenezer. Ill-thought of and disliked by many, it's not long before Ebenezer betrays his nephew and David finds himself trapped aboard a ship.
He soon strikes up a friendship with fugitive stranger and Scottish Highlander Alan Breck and becomes embroiled in the fierce Jacobite struggle against English rule. A tale of high-seas adventure, loyalty and fighting, the complex relationship between Alan and David stops Stevenson's novel from becoming 'just' a boys adventure novel.