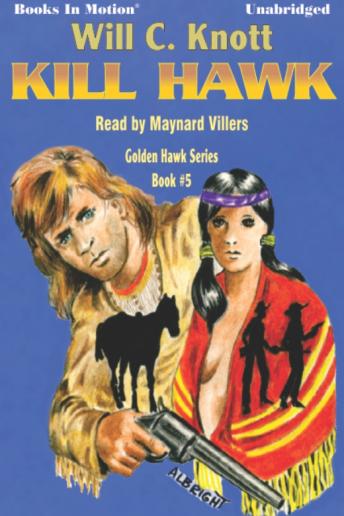 Written By: Will C. Knott

It started when a gravely injured trapper named Pete Foxwell stumbled into Hawk's cabin. Before he died, he showed Hawk a bagful of gold coins, and told him about a hidden hoard of them. But he didn't say where. Hawk should have buried those coins with Pete's corpse, but instead he spent them on supplies and let slip the story of the treasure waiting to be found. Suddenly Hawk found himself the most wanted man in the West as a band of sea-going land pirates decided they would nail his hide and grab the gold...

by Will C. Knott