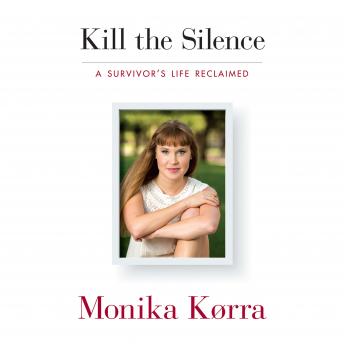 A powerful, inspiring memoir by Olympic hopeful Monika Korra, detailing how running, therapy, and her own indomitable spirit aided her recovery after being raped. In 2009, college sophomore and track star Monika Korra was grabbed by three men on her way home from a party and brutally raped. But within hours of being released, Monika resolved that she would not be a victim she was going to be a survivor. In this extraordinary story of recovery, Monika shares how she made herself whole again after the attack, describing the combination of mental, spiritual, and physical work that helped her heal. Monika refused to feel ashamed about her experience, outing herself to the Dallas area media during her attackers trial and speaking about her recovery in the frenzy that followed. Today, Monika has become an outspoken advocate raising awareness about rape and sexual abuse and speaking regularly about her recovery. Kill the Silence is a gripping read about one woman's journey to recover from trauma and will be a call to arms as Monika speaks about breaking the stigma that surrounds violence against women.