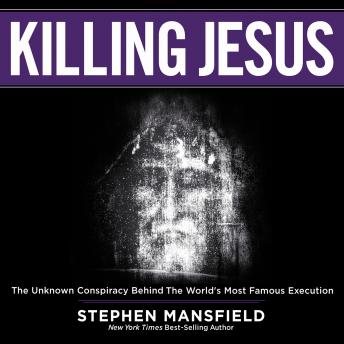 The World Would Never Be the Same

"The execution of Jesus was a crime born of the streets, the barracks, the enclaves of the privileged, and the smoke-filled back rooms of religious and political power brokers. Its meaning lives in these places still."

It is the most fiercely debated murder of all time. Its symbol is worn by billions of people worldwide. Its spiritual meaning is invoked daily in time-honored rituals. In Killing Jesus, New York Times best-selling author Stephen Mansfield masterfully recounts the corrupt trial and grisly execution of Jesus more than two thousand years ago.

Approaching the story at its most human level, Mansfield uses both secular sources and biblical accounts to bring fresh perspective to the human drama, political intrigue, and criminal network behind the killing of the world's most famous man.