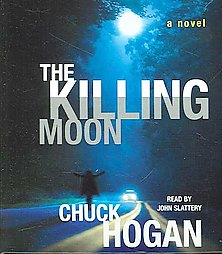 The Killing Moon: A Novel

Donald Maddox has returned to his sleepy Massachusetts hometown after fifteen years away. Although he has no law enforcement background, he finds a job as an auxiliary patrolman -- on a local police force known to inspire more fear than trust. When the brutal murder of a local resident shatters the isolation of this forgotten place, triggering the arrival of state police homicide detectives and a townwide manhunt, both the local cops and Maddox appear to have something to hide. As the tightly wound mystery that is Maddox's past begins to unravel, he becomes ensnared in a deadly conspiracy that ultimately threatens his life, as well as the lives of those around him.