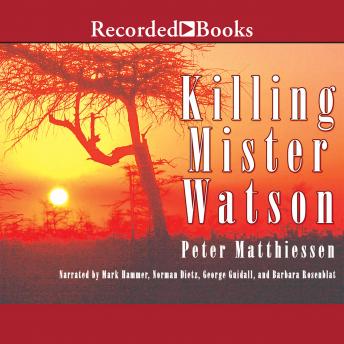 When Peter Matthiessen was 17, he was told the story of Edgar J. Watson, a popular and successful planter who had been murdered by his neighbors in 1910. This novel is Matthiessen's attempt to piece together the life of a mysterious man who became a legend, and the dangerous legend that destroyed him. During the Reconstruction Era, Edgar Watson grew up in the South at the mercy of a brutal alcoholic father and a vindictive mother. Witnessing the horrors of slavery, bilked out of his inheritance, and blamed in his youth for a murder he didn't commit, E.J. developed a reputation for violence that preceded him everywhere he went. Finally, it brought him to a tragic and bloody end as his family watched in helpless horror. Borrowing an old local tale about a man who was killed by his neighbors, Matthiessen creates a powerful character. George Guidall's excellent reading brings this moving tragedy home to us with a passion.