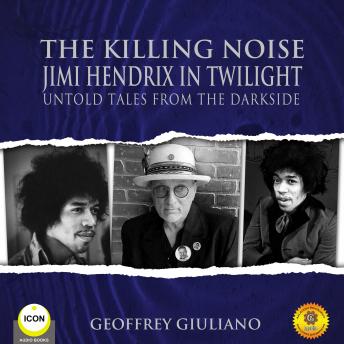 Whether you like rock music or not. Whether you understand the imaginative, spasmodic, other worldly, electric compositions of Jimi Hendrix you know he's damn a good - he's special. Jimi was certainly one of a kind. The man was a walking contradiction. Barely educated he never had even a single guitar lesson. He was wildly aggressive, sometimes even violent with his music - and yet as a person he was quiet, passive and ever polite. Hendrix spoke what he wanted to say through his music - off stage, among friends, he earned the nickname Gentleman Jim. In this unique audiobook on the unlikely life and times of one James Marshall Hendrix, who left us all too soon under very mysterious circumstances, you'll find the very best of the man and his music via rare interviews with Jimi and those who knew him best. Written and narrated by author actor Geoffrey Giuliano here is a unique audio treasure for the avid fan, popular music historian, rock enthusiast, curious commuter and all school and university systems. Here is, perhaps for the first time, the elemental, essential, unparalleled Jimi Hendrix.