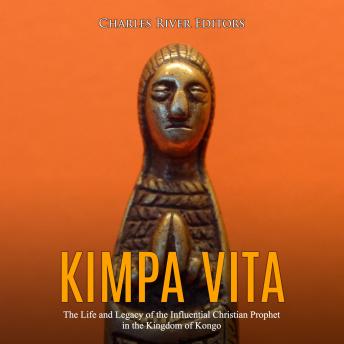 Kimpa Vita: The Life and Legacy of the Influential Christian Prophet in the Kingdom of Kongo

In 1515, a Portuguese missionary explorer by the name of Father Francisco Álvares entered Ethiopia and took note in the interior of the remnants of a civilization of obviously Christian origin, with living adherents conforming to a branch of the faith clearly founded in antiquity. Could this be the kingdom of Prester John? Father Álvares was intrigued, but he was wary of too fanciful a construction, and he speculated more practically on the legend of King Solomon, the Queen of Sheba, and other such muses. As for the city at the center of the civilization, he called it Aquasumo.

As it turned out, the Portuguese were arriving in Western Africa at a time when the Kingdom of Kongo was one of the great pre-colonial empires of Africa, with its geographic range at its greatest extent covering most of northwestern Angola, the western edges of the Democratic Republic of Congo and the Congo Republic, and overlapping at times into Cabinda and southern Gabon. It was centralized mostly within the borders of modern Angola, and it is most associated with the early history of that country, notwithstanding its name being applied to the two Congo republics. In fact, the name “Angola” derives from a vassal Kingdom of Kongo, the Ndonga, the kings of which were known as Ngola (hence the adaption to “Angola”).

The Portuguese did eventually discover a Christian kingdom elsewhere in Africa, but their Christian influences helped lead to conversion movements in the Kingdom of Kongo, most famously that of Kimpa Vita, a young woman whose story included striking parallels with Joan of Arc. As the leader of a Christian movement, Kimpa Vita became involved in internal political disputes within the Kingdom of Kongo even as she set about spreading Christianity, and her ultimate fate has kept her memory alive as an ideal for later democratic and religious movements across the African continent.