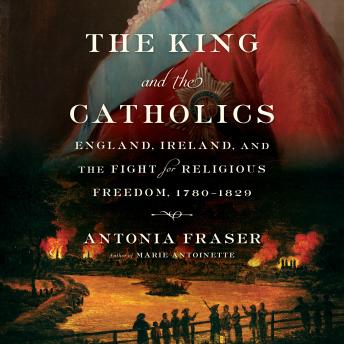 The King and the Catholics: England, Ireland, and the Fight for Religious Freedom, 1780-1829

In the eighteenth century, the Catholics of England lacked many basic freedoms under the law: they could not serve in political office, buy or inherit land, or be married by the rites of their own religion. So virulent was the sentiment against Catholics that, in 1780, violent riots erupted in London—incited by the anti-Papist Lord George Gordon—in response to the Act for Relief that had been passed to loosen some of these restrictions.

The Gordon Riots marked a crucial turning point in the fight for Catholic emancipation. Over the next fifty years, factions battled to reform the laws of the land. Kings George III and George IV refused to address the “Catholic Question,” even when pressed by their prime ministers. But in 1829, through the dogged work of charismatic Irish lawyer Daniel O’Connell and the support of the great Duke of Wellington, the watershed Roman Catholic Relief Act finally passed, opening the door to the radical transformation of the Victorian age. Gripping, spirited, and incisive, The King and the Catholics is character-driven narrative history at its best, reflecting the dire consequences of state-sanctioned oppression—and showing how sustained political action can triumph over injustice.

King and the Catholics: England, Ireland, and the Fight for Religious Freedom, 1780-1829