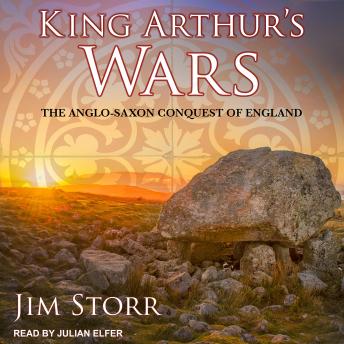 The story of an era shrouded in mystery, and the gradual changing of a nation's cultural identity.

We speak English today, because the Anglo-Saxons took over most of post-Roman Britain. How did that happen? There is little evidence: not much archaeology, and even less written history. There is, however, a huge amount of speculation. King Arthur's Wars brings an entirely new approach to the subject-the answers are out there, in the British countryside, waiting to be found.

Months of field work and map study allow us to understand, for the first time, how the Anglo-Saxons conquered England, county by county and decade by decade.

King Arthur's Wars exposes what the landscape and the place names tell us. As a result, we can now know far more about this 'Dark Age.' What is so special about Essex? Why is Buckinghamshire an odd shape? Why is the legend of King Arthur so special to us? Why don't Cumbrian farmers use English numbers when they count sheep? Why don't we know where Camelot was? Why did the Romano-British stop eating oysters? This book provides a new level of understanding of the centuries preceding the Norman Conquest.