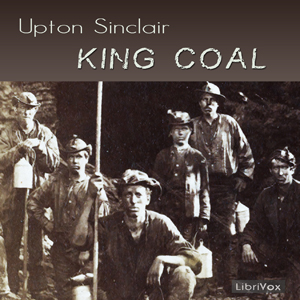 King Coal is a book by Upton Sinclair, first published in 1917, that exposes the dirty working conditions in the coal mining industry in the western United States during the 1910s. As in an earlier work, The Jungle, Sinclair expresses his socialist viewpoints from the perspective of a single protagonist, Hal Warner, caught up in the schemes and plots of the oppressive American capitalist system. The book itself is based on the 1914-1915 Colorado coal strikes. (Summary by Wikipedia)

Reader's note: In Book 4, there is no chapter numbered Section 16 in the public domain Gutenberg e-text. However, no actual text from the book appears to be missing.