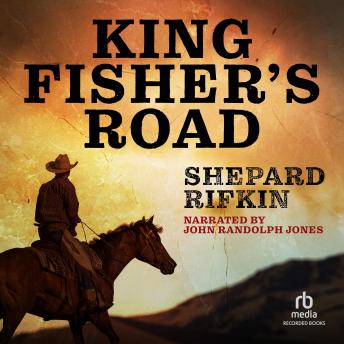 Kirby Fisher survived an Apache attack to become the most respected and feared man in the territory. Beating all the odds, there was no one left to oppose him. Then a man named Carson is dropped-more dead than alive-into King's life. Tough and intelligent, Carson is the first man King has come across in years who can offer him any kind of a fight. But Carson isn't ready, not yet. King will nurse him along until the greenhorn is ripe to turn his wits and his gun against the very man who created him.

This title is due for release on October 28, 2011
We'll send you an email as soon as it is available!