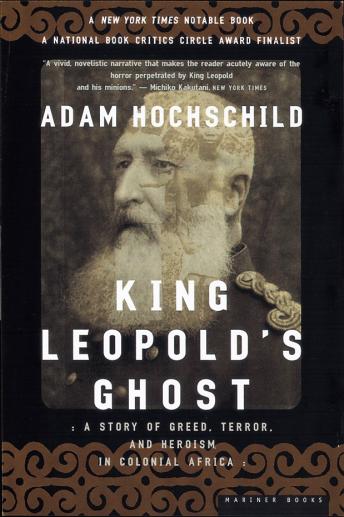 In the late 1890s, Edmund Dene Morel, a young British shipping company agent, noticed something strange about the cargoes of his company’s ships as they arrived from and departed for the Congo, Leopold II’s vast new African colony. Incoming ships were crammed with valuable ivory and rubber. Outbound ships carried little more than soldiers and firearms. Correctly concluding that only slave labor on a vast scale could account for these cargoes, Morel resigned from his company and almost singlehandedly made Leopold’s slavelabor regime the premier humanrights story in the world. Thousands of people packed hundreds of meetings throughout the United States and Europe to learn about Congo atrocities. Two courageous black Americans—George Washington Williams and William Sheppard—risked much to bring evidence to the outside world. Roger Casement, later hanged by Britain as a traitor, conducted an eyeopening investigation of the Congo River stations. Sailing into the middle of the story was a young steamboat officer named Joseph Conrad. And looming over all was Leopold II, King of the Belgians, sole owner of the only private colony in the world.