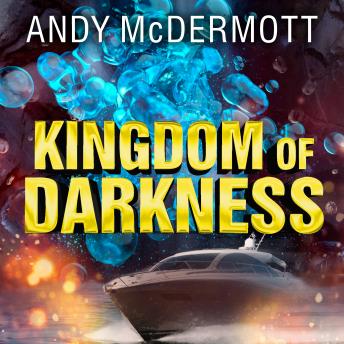 In Los Angeles, a desperate man seeks out renowned archaeologist Nina Wilde and her husband, ex-SAS soldier Eddie Chase-only to be gunned down in front of them. The assassin is soon identified as a ninety-year-old Nazi war criminal-with the body of a healthy forty-year-old.

Following the victim's final warnings, Nina and Eddie travel to Cairo to inspect the newly discovered tomb of Alexander the Great. But the real find is hidden in one of its treasures-a mechanical guide leading to one of antiquity's most tantalizing myths: a spring of water said to give eternal life to those who drink it.

Nina, Eddie, and a team of Mossad agents realize that the myth is real, and that a group of former SS men who have tasted this water are now hunting for its source. But before they can act, Nina is kidnapped and spirited away to a secret Nazi enclave in Argentina, igniting a fierce, fateful, globe-spanning struggle in which her life hangs in the balance. All the while a terrifying possibility emerges-that the world's darkest evil could live on forever.