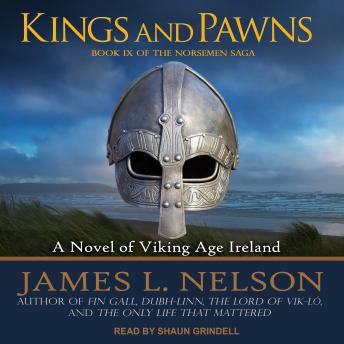 Kings and Pawns: A Novel of Viking Age England

With their longships storm-blown to the southern coast of Engla-land, Thorgrim Night Wolf and his men find themselves rich with plunder and safely ensconced in a priory called Christchurch. But that cannot last. Thorgrim, in a wolf dream, has seen the enemy armies closing in, and he knows that their peace will soon be at an end. The gods do not go so easy on him and his men. He has learned that through experience and hard use. Nor are the gods the only threat they face. As Nothwulf, brother of the murdered ealdorman of Dorset, and Cynewise, his sister-in-law, fight for rule of the shire, each seeks to make the raiders unwitting pawns in their game, maneuvering toward a final battle that each hopes will spell the end of the other and crush the Norse strangers who have invaded their shores.