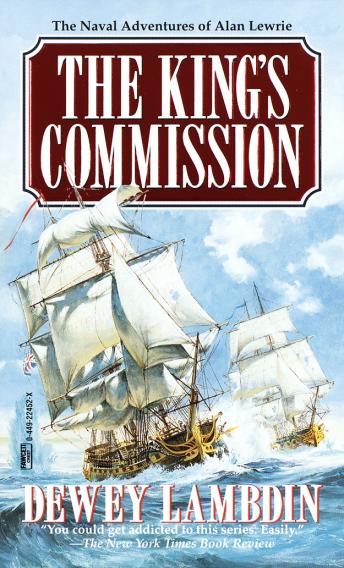 1782 First officer on brig o'war . . .
Fresh from duty on the frigate Desperate in her fight with the French Capricieuse off St. Kitts, Midshipman Alan Lewrie passes his examination board for Lieutenancy and finds himself commissioned first officer of the brig o'war Shrike. There's time for some dalliance with the fair sex, and then Lieutenant Lewrie must be off to patrol the North American coast and attempt to bring the Muskogees and Seminoles onto the British side against the American rebels (dalliance with an Indian maiden is just part of the mission). Then it's back to the Caribbean, to sail beside Captain Horatio Nelson in the Battle for Turks Island. . . .
Naval officer and rogue, Alan Lewrie is a man of his times and a hero for all times. His equals are Hornblower, Aubrey, and Maturin--sailors beloved by readers all over the world.
Praise for The Naval Adventures of Alan Lewrie
"Plenty of action . . . Fast-paced, graphically descriptive and well-plotted."
--The Virginian-Pilot & The Ledger-Star
"Fast-moving. . . A hugely likable hero, a huge cast of sharply drawn supporting characters: there's nothing missing. Wonderful stuff."
--Kirkus Reviews