A Kiss in the Dark 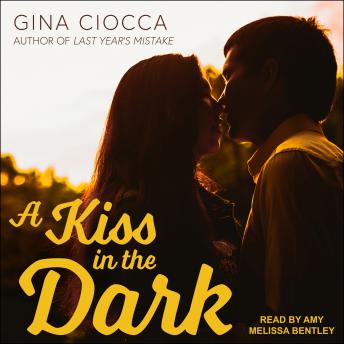 When the lights go out at a Georgia high school football game, senior Macy Atwood finds herself in the arms of a boy who kisses her senseless-but he's gone by the time the lights come back on. All she knows is that there was something special-and oddly familiar-about her mystery kisser.

Noah Granger, Ridgedale's resident bad boy and newest transfer student, has no problem taking credit for the kiss, but Macy can't shake the feeling that he's lying. Especially since a photograph of Macy and former star football player Joel Hargrove resurfaced online moments before the blackout, a not-so-random reminder of how hard she fell for Joel last year. And how doing so ultimately sent her lifelong friendships with Meredith Kopala and Ben Collins up in literal smoke.

Soon last year's wounds begin to reopen as Macy realizes the events that unfolded during junior year are somehow tied to her mystery kisser.

But the closer Macy gets to figuring it all out, the more she starts to worry that the boy who kissed her in the dark and the boy who is stealing her heart might be two very different people.

Kiss in the Dark