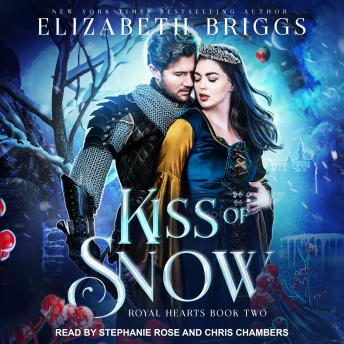 After the King of Talador's mysterious death, Princess Lily must prepare to take the throne, even if she doesn't feel ready yet. As her coronation draws near, an attack on her life sends her fleeing the castle with her devoted Captain of the Guard, Keane, the one man she trusts above all others.

When she arrives at her other palace, she is courted by seven handsome suitors, all hand-selected to potentially be her future King. With her kingdom in danger and her forbidden magic growing stronger, the last thing Lily wants to do is select a husband-especially when she'd rather be with the man who's been by her side for years.

Now that Lily is going to be queen, Captain Keane understands she needs to marry a nobleman, even if the thought makes him want to run his blade through every one of her suitors. As long as he hides his true feelings for Lily, he can continue to protect her-even if no one can protect his heart. But when the attacks on Lily grow more dangerous and a threat from the past emerges, they must embrace her magic and their forbidden love if they're going to save her throne.