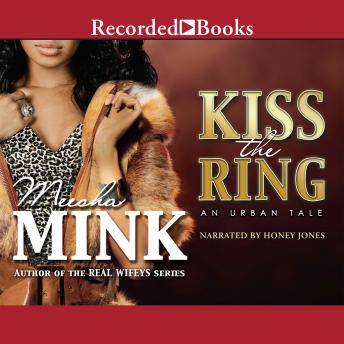 From one of the most daring voices in urban fiction comes a sexy new novel about a modern-day Foxy Brown who goes undercover in a dangerous quest for revenge. Naeema 'Queen' Cole takes care of herself. From the death of her parents when she was just eleven years old to when she found herself pregnant and alone at sixteen, Naeema has had to make her own way in the world. She gave up her son for adoption and became an apprentice at a barber shop, making just enough money to pay the bills and get high. She tried being a wife, but ultimately found that she and Tank, now her ex-husband, are better friends and occasional lovers than partners. Naeema prefers to be on her own; no responsibilities, no rules. But the sudden and brutal murder of Brandon, the son she never knew, forces Naeema to reconsider the way she has lived her life. Brandon was involved with a notorious band of Newark bank robbers, and Naeema is convinced his gang life was her fault. Desperate to avenge her son's death and determined to take justice into her own hands, Naeema becomes 'Queen' as she infiltrates the gang to discover her boy's killer. But when she starts to fall for the leader of the crew, will she still have the resolve to do what must be done? Filled with gritty realism and unexpected plot twists, this page-turner will keep you guessing as Naeema struggles to do whatever it takes to right her wrongs.

This title is due for release on October 3, 2014
We'll send you an email as soon as it is available!