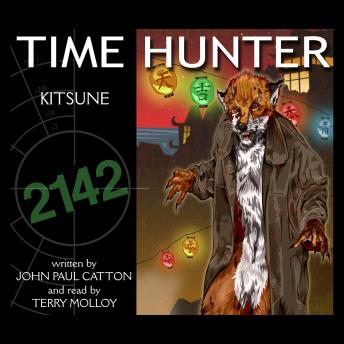 Synopsis: In the year 2020, Honoré Lechasseur and Emily Blandish find themselves thrown into a mystery as an ice spirit wreaks havoc during the Kyoto's Gion Festival, and a haunted funhouse proves to contain more than just paper lanterns and wax dummies. But what does all this have to do with the elegant owner of the Hide and Chic fashion chain... and to the legendary Japanese fox-spirits, the Kitsune?

ABOUT THE AUTHOR: John Paul Catton lives and works in Tokyo, where he teaches English language and literature. He has worked freelance for various magazines in Japan, the UK and the USA, including Metropolis, Tokyo Eye Ai and The London Time Out Guide to Tokyo. His short fiction and comic strips have appeared in 'Roadworks', 'Terror Tales', 'Xenos' among others, and he has a regular column appear in the magazine 'The Third Alternative'

ABOUT THE READER: Terry Molloy is an experience radio and television actor. Most notably he is best known as Mike Tucker in BBC Radio 4's 'The Archers', while on television he played the Doctor's evil nemesis Davros during the 1980s! He has also recently appeared on BBC 7 in the role of Professor Edward Dunning in 'The Scarifyers' produced by Cosmic Hobo Productions.