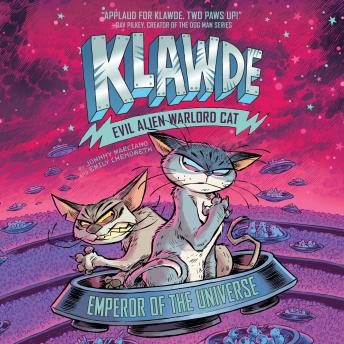 'Funny, savage, and brilliant, Klawde is the pet I wish I had.'--Max Brallier, New York Times Bestselling author of The Last Kids on Earth.

Following a humiliating, defeated effort to conquer Earth, Klawde has had it with this this dismal planet. And anyway, what's the point in conquering such an insignificant corner of the galaxy, when there's an entire universe to rule? Luckily for Klawde, the position of Emperor of the Universe is now open for the taking.

So with Barx and Raj by his side, and enemies around every corner, Klawde begins the campaign of his life. Can he win enough hearts and minds to become . . . Emperor of the Universe?

With a hilarious, biting voice that switches between Raj's and Klawde's perspectives, this is the story of an unlikely friendship that emerges between a boy and the evil cat who arrived on his doorstep.