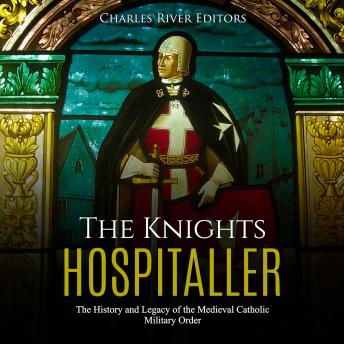 The Knights Hospitaller: The History and Legacy of the Medieval Catholic Military Order

For centuries, Christians and Muslims were embroiled in one of the most infamous territorial disputes of all time, viciously and relentlessly battling one another for the Holy Land. In the heart of Jerusalem sat one of the shining jewels of the Christian faith, the Church of the Holy Sepulchre. Legend has it that this was where their Savior had been buried before his fabled resurrection. What was more, it was said to house the very cross Jesus Christ had died upon. It was for precisely these reasons that fearless pilgrims, near and far, risked their lives and made the treacherous trek to Jerusalem.
Like other secretive groups, the mystery surrounding the Catholic military orders that sprung up in the wake of the First Crusade helped their legacies endure. While some conspiracy theorists attempt to tie the groups to other alleged secret socities like the Illuminati, other groups have tried to assert connections with them to bolster their own credentials. Who they were and what they had in their possession continue to be a source of great intrigue.
The story of the Order of Knights of the Hospital of Saint John of Jerusalem, frequently shortened to the Knights Hospitaller, is long and complicated. Although the roots of the organization existed before the First Crusade, the order would not develop until 20 years after the famous call by Pope Urban II to conquer the Holy Land of Jerusalem for Christianity. Moreover, while the identity of the Knights Hospitaller was focused on the principles of crusading and military conquest, the order also focused on charitable Christian causes like the healing the sick and feeding the poor and hungry. In fact, functioning as a hospital was the original purpose of the Order before it started to militarize, yet as time wore on, such ideals would fade in the face of wealth, power, and desperation to reclaim the vestiges of prestige lost over the centuries.
The Knights Hospitaller formed in the 12th century and continue to exist in contemporary times, albeit in a considerably different form. Over the last millennium, the organization has fulfilled different roles, served varying masters, and continued to uphold the tenets of crusading even when there was no Crusade to fight. All the while, as it went through centuries of murkiness, including the development of a notorious reputation, the Knights Hospitaller continued to adapt. In contemporary times, the Knights Hospitaller could no longer be said to uphold the morals of the Crusades, but it definitely continues to adhere to the tenets of chivalry and charity. To get to this new position, however, the Order needed to undergo trials, tribulations, and years of resorting to begging.
The Knights Hospitaller: The History and Legacy of the Medieval Catholic Military Order chronicles the known history of the order and examines the secrecy and mysteries surrounding it. Along with pictures of important people, places, and events, you will learn about the Knights Hospitaller like never before.

Knights Hospitaller: The History and Legacy of the Medieval Catholic Military Order

This title is due for release on April 22, 2019
We'll send you an email as soon as it is available!