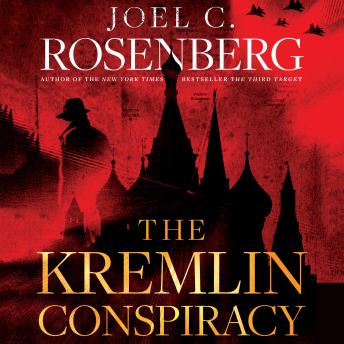 #1 of A Markus Ryker Novel

New York Times bestselling author Joel C. Rosenberg returns with a high-stakes political thriller set in Russia.Everything he learned to protect the president, he must use to take out theirs.With an American president distracted by growing tensions in North Korea and Iran, an ominous new threat is emerging in Moscow. A czar is rising in the Kremlin, a Russian president feverishly consolidating power, silencing his opposition, and plotting a brazen and lightning-fast military strike that could rupture the NATO alliance and bring Washington and Moscow to the brink of nuclear war. But in his blind spot is the former U.S. Secret Service agent, Marcus Ryker, trained to protect but ready to kill to save his country.

Pretty interesting but left the end totally up in the air. I don’t want to wait for the sequel to find out what happened to the characters as they jump from the plane as it’s shot down etc etc etc. I like Joel Rosenberg but I prefer the story be concluded thank you!!!

Sharp exciting great read like all of Rosenbergs books . Always leaves me ready for another book of his.

Enjoyed the book and narration. Good read through the end.

Interesting theory on how prophesy plays out but felt some areas were very detailed and other raced through. Didn’t care for the ending which forces you to purchase the sequel.