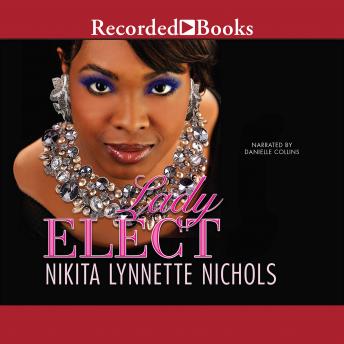 The congregation at the Freedom Temple Church of God in Christ doesn't know what to think when their pastor, Bishop Lance Howell, returns from a vacation in Jamaica with a wife in tow. As if Lady Elect Arykah Miles' false eyelashes, scarlet red fingernails, and fishnet stockings aren't flashy enough, the blond wigs and sky-high stilettos she wears send Mother Gussie Hughes and Mother Pansie Bowak into panic mode. The mothers of the church don't take too kindly to the fact that Pastor Howell chose to marry outside of the congregation. One look at Lady Arykah and the mothers know that she isn't likely to be controlled. Arykah proves that to be true when she refuses to tone down her attire. Determined to oust Lady Elect Arykah Miles, the mothers put a plan in motion to show Arykah how much she isn't liked or wanted. An all-out war ensues, and the church mothers are willing to try some pretty devious antics to get rid of Arykah. What they don't know is that Arykah is from the streets, and she fought hard to get to where she is. She's ready to prove to the whole congregation that, like it or not, she's here to stay.