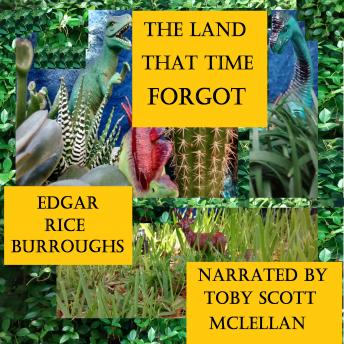 The Land That Time Forgot

It all starts with a message in a bottle, a cry for help from a lost world. Submarine manufacturer Bowen Tyler was on an Atlantic journey to Europe, when his boat was torpedoed by one of his own submarines. He manages to survive, along with his faithful dog, Nobs, and with a little help from a passing tug boat, capture the U33, the very submarine that he built, and that had torpedoed him. With the German crew and the English tug crew, they drift to a lost island, almost as big as a continent, where exist many animals long since extinct elsewhere, and where evolution is compressed to a lifetime. Through it all, he hopes to win the love of the beautiful girl he rescued in the English Channel, the lovely Lys La Rue.