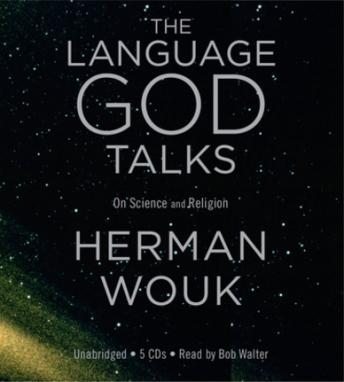 The Language God Talks: On Science and Religion

'More years ago than I care to reckon up, I met Richard Feynman.' So begins The Language God Talks, Herman Wouk's gem on navigating the divide between science and religion. In one rich, compact volume, Wouk draws on stories from his life as well as on key events from the 20th century to address the eternal questions of why we are here, what purpose faith serves, and how scientific fact fits into the picture. He relates wonderful conversations he's had with scientists such as Feynman, Murray Gell-Mann, Freeman Dyson, and Steven Weinberg, and brings to life such pivotal moments as the 1969 moon landing and the Challenger disaster.

Brilliantly written, The Language God Talks is a scintillating and lively investigation and a worthy addition to the literature.

I feel I misunderstood the description of this book. It was more Herman Wouk's personal stories and memories than a serious examination of what the title suggests.