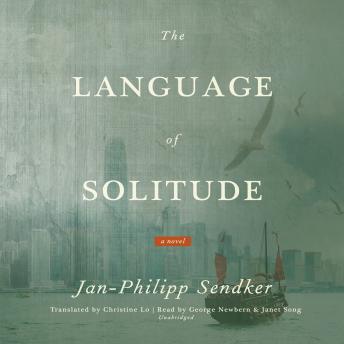 The Language of Solitude: A Novel

Brooding expat and journalist Paul Leibovitz is beginning to imagine a new life for himself in Hong Kong, one in which the grief over a recent family tragedy doesn't consume him and his love for Christine Wu brings him great joy. When Christine gets an unexpected and emotionally-charged letter from her estranged brother, Paul journeys with her to a remote village outside Shanghai, where a mysterious illness is affecting the locals.

Paul discovers a powerful chemical conglomerate is polluting a nearby lake, and Chinese officials are doing nothing to stop it. The victims demand justice, but taking legal action could prove even more dangerous than the strange disease itself. Government intimidation and political corruption threaten to suppress even the most passionate and audacious environmental activists. If Paul doesn't walk away, he could pull the woman he loves back into a world she escaped from decades ago-putting their relationship and their lives at risk.

Suspenseful and rife with the page-turning storytelling that defines Sendker's remarkable work and harks back to The Art of Hearing Heartbeats, The Language of Solitude offers a peerless look into contemporary China.

Language of Solitude: A Novel