The Language of the Dead: A World War II Mystery 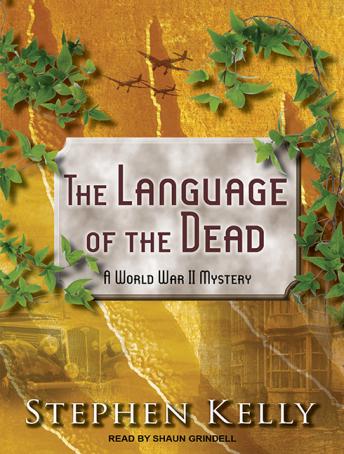 German bombers are arriving daily, seeking to crush England. But in a rural Hampshire village, things have remained fairly quiet-until an elderly loner, Will Blackwell, is brutally murdered. The method of his killing bears the hallmarks of the traditional vanquishing of a witch, and indeed, local legend claims that as a boy, Blackwell encountered a ghostly black dog sent from the devil, who struck a bargain for Blackwell's soul.

Not long after the murder, a young woman who is carrying the illegitimate child of a fighter pilot also is violently killed; then a local drunkard ends up in the race of an abandoned mill with the back of his head bashed in. As the Germans continue their relentless attack, Detective Inspector Thomas Lamb rushes to solve the crimes. Do the killer's motivations lie in the murky regions of the occult?

Language of the Dead: A World War II Mystery