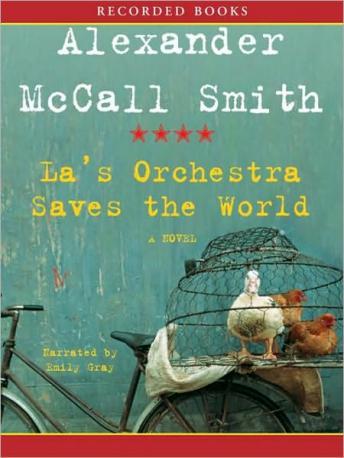 A heart-warming stand alone novel about the life-affirming powers of music and company during a time of war, from the best-selling and beloved author of The No.1 Ladies' Detective Agency. When Lavender, La to her friends, moves to the Suffolk countryside, it's not just to escape the London Blitz but also to flee the wreckage of a disastrous marriage. But as she starts to become a part of the community, she detects a sense of isolation. Her deep love of music and her desire to bring people together inspire her to start an orchestra. Little did she know that through this orchestra she would not only give hope and courage to the people of the community, but also that she would meet a man, Feliks, a shy upright Pole, who would change her life forever.