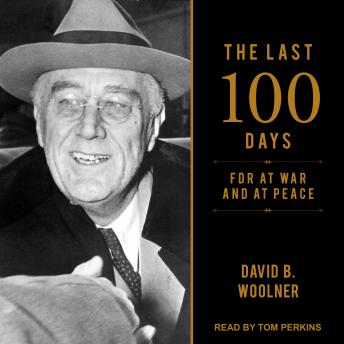 Written By: David B. Woolner

The first 100 days of Franklin Roosevelt's presidency are justly famous, viewed as a period of political action without equal in American history. Yet as historian David B. Woolner reveals, the end of FDR's presidency might very well surpass it in drama and consequence.

Drawing on new evidence, Woolner shows how FDR used every ounce of his diminishing energy to pursue the things that mattered most to him: the establishment of the United Nations, the reinvigoration of the New Deal, the possibility of a Jewish homeland in Palestine, and some quiet moments with his closest companions. We see a president shorn of the usual distractions of office, a man whose sense of duty and personal responsibility for the fate of the American people, and the world, bore heavily upon him. From his final Christmas at Hyde Park to his death on April 12, 1945, FDR strove to finish the work he had started twelve long years before.

by David B. Woolner