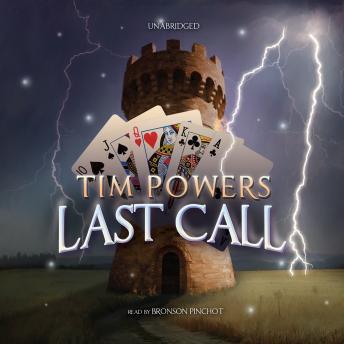 Scott Crane abandoned his career as a professional poker player twenty years ago and hasn’t returned to Las Vegas, or held a hand of cards, in ten years. But troubling nightmares about a strange poker game he once attended on a houseboat on Lake Mead are drawing him back to the magical city. For the mythic game he believed he won did not end that night in 1969—and the price of his winnings was his soul. Now, a pot far more strange and perilous than he could ever imagine depends on the turning of a card.

Enchantingly dark and compellingly real, this World Fantasy Award–winning novel is a masterpiece of magic realism set in the gritty, dazzling underworld known as Las Vegas.

This title is due for release on November 18, 2010
We'll send you an email as soon as it is available!