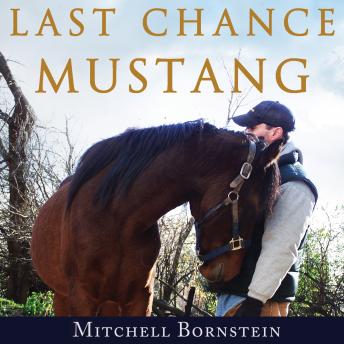 Last Chance Mustang: The Story of One Horse, One Horseman, and One Final Shot at Redemption

Last Chance Mustang is the story of Samson, a formerly free-roaming, still wild-at-heart American mustang that was plucked from his mountainous Nevada home and thrown into the domestic horse world where he was brutalized and victimized.

After years of abuse, Samson had evolved into a hateful and hated, maladjusted beast until the day he found his way to a rural Illinois farm, an ill-equipped owner, and one last chance. Mitch Bornstein's task was to tame the violent beast whose best defense had become offense. He had twenty years of experience fixing unfixable horses, but Samson would be his greatest challenge. Through the pair's many struggles and countless battles, Samson would teach Mitch about the true power of hope, friendship, redemption and the inspiring mettle of the forever wild and free American mustang.