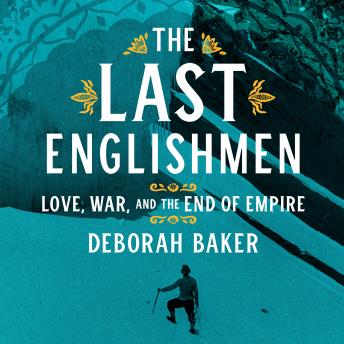 The Last Englishmen: Love, War, and the End of Empire

John Auden was a pioneering geologist of the Himalayas. Michael Spender was the first to draw a detailed map of the North Face of Mount Everest. While their younger brothers-W. H. Auden and Stephen Spender-achieved literary fame, they vied to be included on an expedition that would deliver Everest's summit to an Englishman, a quest that had become a metaphor for Britain's struggle to maintain power over India. To this rivalry was added another: In the summer of 1938 both men fell in love with a painter named Nancy Sharp. Her choice would determine where each man's wartime loyalties would lie.

Set in Calcutta, London, the glacier-locked wilds of the Karakoram, and on Everest itself, The Last Englishmen is also the story of a generation. The cast of this exhilarating drama includes Indian and English writers and artists, explorers and Communist spies, Die Hards and Indian nationalists, political rogues and police informers. Key among them is a highborn Bengali poet named Sudhin Datta, a melancholy soul torn, like many of his generation, between hatred of the British Empire and a deep love of European literature, whose life would be upended by the arrival of war on his Calcutta doorstep.

Last Englishmen: Love, War, and the End of Empire