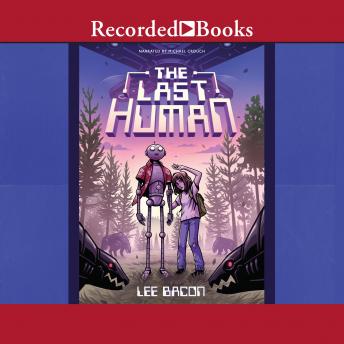 Soon to be a major motion picture from the producers of Spider-Man: Into the Spider-Verse! In a future when humans are believed to be extinct, what will one curious robot do when it finds a girl who needs its help? In the future, robots have eliminated humans, and 12-year-old robot XR_935 is just fine with that. Without humans around, there is no war, no pollution, no crime. Every member of society has a purpose. Everything runs smoothly and efficiently. Until the day XR discovers something impossible: a human girl named Emma. Now, Emma must embark on a dangerous voyage with XR and two other robots in search of a mysterious point on a map. But how will they survive in a place where rules are never broken and humans aren't supposed to exist? And what will they find at the end of their journey? Humorous, action-packed, and poignant, The Last Human tells a story about friendship, technology, and challenging the status quo no matter the consequences. It's not just about what it means to be a robot-it's about what it means to be a friend.