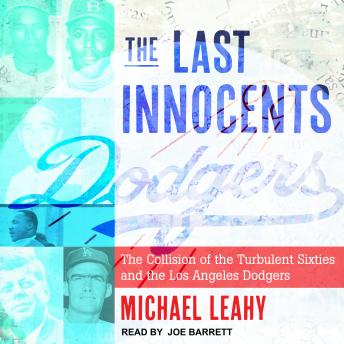 The Last Innocents: The Collision of the Turbulent Sixties and the Los Angeles Dodgers

Michael Leahy places these men's lives within the political and social maelstrom that was the era when the conformity of the 1950s gave way to demands for equality and rights. Increasingly frustrated over a lack of real bargaining power and an oppressive management who meddled in their personal affairs, the players shared an uneasy relationship with the team's front office. This contention mirrored the discord and uncertainty generated by myriad changes rocking the nation: the civil rights movement, political assassinations, and growing hostility to the escalation of the Vietnam War.

Last Innocents: The Collision of the Turbulent Sixties and the Los Angeles Dodgers