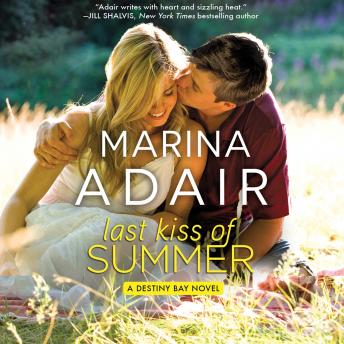 He's one bad apple she just can't resist . . . Kennedy Sinclair never dreamed she'd own a pie shop and an orchard in a small town like Destiny Bay. But nestled between the mountains and the Pacific Ocean, it's the perfect place to cross something off her 'Life's short so eat the icing first' list and start her life over from scratch. Her shop, Sweetie Pies, is famous for its hot, flaky apple turnovers and sinfully delicious deep dish pie. For Kennedy though, nothing is more enticing than the tall, strapping slice of temptation who keeps coming back for more.
Luke Callahan is determined to make his hard cider business a success. With his beloved father's cider recipe and the opportunity of a lifetime in his grasp, he'll stop at nothing to get this deal done. There's just one catch: he needs Kennedy's apples. At first, he thinks it'll be as easy as pie to charm those apples right off her trees. But Kennedy isn't falling for his tender charms or his wicked ways. When the negotiations start heating up, so do the feelings they have for each other. And it takes just one kiss to seal the deal . . .