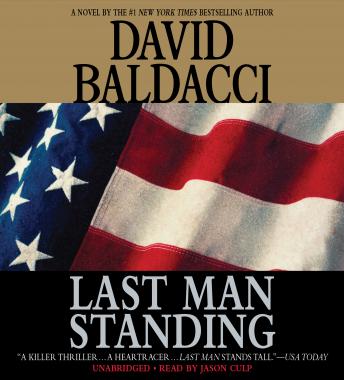 The sole survivor of a devastating ambush, FBI Hostage Rescue Team agent Web London would do anything to find out what really happened that night--and a ten year old boy may be the unexpected key in this #1 New York Times bestselling thriller.

Web London was trained to penetrate hostile ground and come out alive. Then ten seconds in a dark alley cost him everything: his friends, his fellow agents, his reputation. Among his super-elite FBI Hostage Rescue Team, Web was the sole survivor of a high-tech, devastating ambush.

Now Web is trying to put his life back together and understand what really happened. To get answers, he'll need the help of psychiatrist Claire Daniels and the one other human being who lived through the attack--a ten-year-old boy. But when his search leads him back to that bloodstained alley, Web suddenly realizes he is about to face his assassin again. And this time, one of them will become the Last Man Standing.