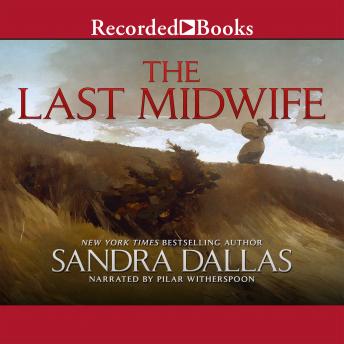 Colorado, 1880. Gracy Brookens has delivered hundreds, maybe thousands, of babies in her lifetime. The only midwife in a small mining town tucked in the Tenmile Range, Gracy is a gifted and important resource for the women of her hardscrabble community. For years, she has advised expectant mothers through their pregnancies, guided them through the tortures of labor, and then helped them heal. To Gracy, every baby who survived its birth in the Colorado mountains was a miracle, though of course not all of them did, nor did the mothers. Those losses were an ache in her soul, so it was the ones who lived that she always kept in her mind as she set out to coach yet another woman in her delivery. Hers was a position earned through wisdom and trust and most women in Swandyke wouldn't even think of lying in without Gracy by their sides. But everything changes when a baby is found dead . and the evidence points to Gracy as the killer. The midwife knows she didn't commit the crime. Swandyke's most influential citizen may be claiming that Gracy strangled his baby boy shortly after birth with a piece of the linen thread she used to tie off the umbilical cord-but of course she'd never do something so ghastly. Ever. But her innocence isn't quite that simple, either. Gracy knows things and that's dangerous. Invited into her neighbors' homes during their most intimate times, she couldn't help what she saw or what she heard. A woman sometimes said things in the birthing bed, when life and death seemed suspended within the same moment. Gracy had always tucked those revelations away, even the confessions that had cast shadows on her heart. When a woman paid for Eve's sin through the pain of childbirth, any confession made during the suffering was meant for God's ears, not hers. With her friends taking sides and a trial looming, Gracy must decide whether it's worth risking everything to prove her innocence. And she knows that her years of discretion may simply demand too high a price now.especially since she's been keeping more than a few dark secrets of her own.