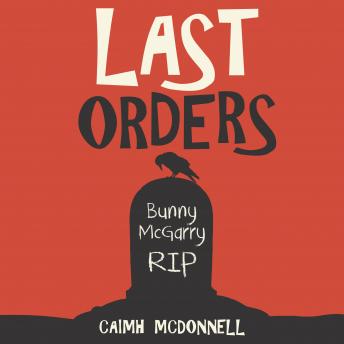 As a wise man once said, just because you're done with the past, doesn't mean the past is done with you.

Paul can't let an incident from his past go. When he finds out a rival detective agency played a key role in it, he drags MCM Investigations into a blood feud that they can't hope to win. Soon they're faced with the prospect of the company going out of business and Brigit going out of her damn mind.

When long-buried bodies are discovered in the Wicklow Mountains, Bunny's past starts closing in on him too. Who can he trust when he can't even trust himself? When he finds himself with nowhere left to run and nobody he can turn to, will the big fella make the ultimate sacrifice to protect the ones he loves?

When all that's left is the fall, the fall is everything.

And even the mighty fall.

Last Orders is the thrilling conclusion of the critically acclaimed Dublin Trilogy, which melds fast-paced action with a distinctly Irish acerbic wit. It's best enjoyed having read the other books in the series, particularly the prequel Angels in the Moonlight.