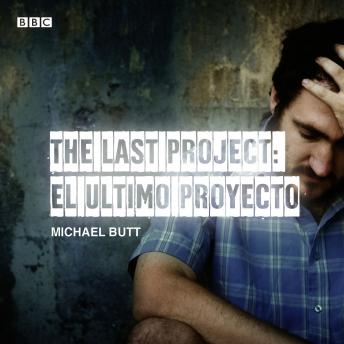 El Ultimo Proyecto - The Last Project by Michael Butt, a play in two languages- Spanish and English. A romantic thriller set in the hills of Andalucia. A British former soldier, Travis, has a love affair with the wife of a famous Spanish film director. Story telling and reality collide when the director insists Travis helps with his latest film, his 'last project' in which a murder is committed. Starring Bryan Dick, Yolanda Vazquez, William Marquez, and Hugo Cubilla. With original song composition by Akintayo Akinbode and words by Federico Garcia Lorca Produced and Directed by Pauline Harris.