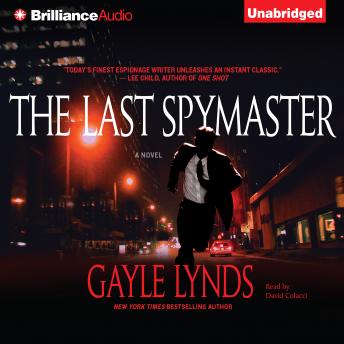 Charles “Jay” Tice was a spy’s spy. The chief of the CIA’s elite Clandestine Services, he was a legend throughout the world of international intelligence. But secretly he was also a traitor, reputedly selling information that will seriously compromise the security of the United States for decades to come. Since his treachery was exposed, Tice has been kept under strict surveillance in a maximum security prison.Then one morning, his cell is discovered empty. Jay Tice has vanished—without tripping an alarm or leaving any trace of his passing.Elaine Cunningham is a hunter—a CIA operative who specializes in finding people who don’t want to be found. Young, gifted and a maverick, she is assigned to track Tice and bring him to ground before he disappears forever. But as she matches wits in a perilous game with one of the greatest spymasters of all time, she discovers there is far more at stake than an old spy’s last run for freedom.Lurking in the shadows are other hidden players with their own lethal agendas and, from Geneva to Washington, Berlin to New York City, a deadly conspiracy is coalescing. With only a few hours to go, and the future of millions in the balance, she must uncover the truth behind the legend of the last spymaster.

This title is due for release on May 30, 2006
We'll send you an email as soon as it is available!