The Last Station: A Novel of Tolstoy's Last Year 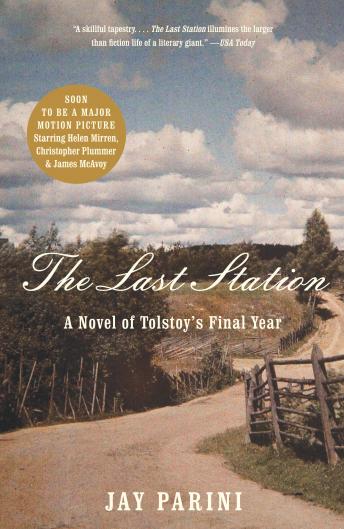 SOON TO BE A MAJOR MOTION PICTURE

As Leo Tolstoy’s life draws to a tumultuous close, his tempestuous wife and most cunning disciple are locked in a whirlwind battle for the great man’s soul. Torn between his professed doctrine of poverty and chastity and the reality of his enormous wealth and thirteen children, Tolstoy dramatically flees his home, only to fall ill at a tiny nearby rail station. The famous (and famously troubled) writer believes he is dying alone, unaware that over a hundred newspapermen camp outside awaiting hourly reports on his condition.

Jay Parini moves deftly between a colorful cast of characters to create a stunning portrait of one of the world’s most treasured authors. Dancing between fact and fiction, The Last Station is a brilliant and moving literary performance.