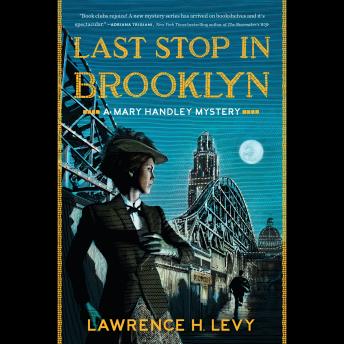 The third book in the Mary Handley Mystery series features Mary's most dangerous and personal case yet.

It's the summer of 1894, and an infidelity case has brought PI Mary Handley to a far corner of Brooklyn: Coney Island. In the midst of her investigation, Mary is contacted by a convicted man's brother to reopen a murder case. A prostitute was killed by a Jack the Ripper copycat years ago in her New York hotel room, but her true killer was never found. Once again it's up to Mary to make right the city's wrongs.

New York City's untouchable head of detectives, Thomas Byrnes, swears he put the right man behond bars, but as Mary digs deeper, she finds corruption at the heart of New York's justice system, involving not only the police, but the most powerful of stock titans. Disturbing evidence of other murders begins to surface, each one mimicking Jack the Ripper's style, each one covered up by Thomas Byrnes.

As Mary pieces together the extent of the damage, she crosses paths with Harper Lloyd, an investigative reporter. Their relationship grows into a partnership, and perhaps more, and together they must catch a killer who's still out there, and reverse the ruthless workings of New York's elite. It's Mary's most dangerous, most personal case yet.