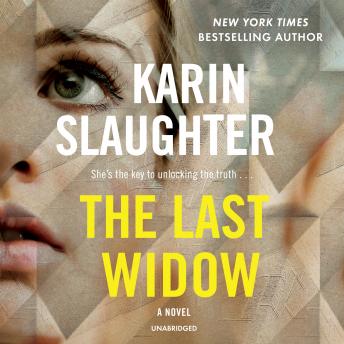 #9 of Will Trent Series

New York Times bestselling author Karin Slaughter brings back Will Trent and Sara Linton in this superb and timely thriller full of devious twists, disturbing secrets, and shocking surprises you won't see coming.
A mysterious kidnapping
On a hot summer night, a scientist from the Centers for Disease Control is grabbed by unknown assailants in a shopping center parking lot. Vanished into thin air, the authorities are desperate to save the doctor.
A devastating explosion
One month later, the serenity of a sunny Sunday afternoon is shattered by the boom of a ground-shaking blast-followed by another seconds later. One of Atlanta's busiest and most important neighborhoods -the location of Emory University, two major hospitals, the FBI headquarters, and the CDC-has been bombed.
A diabolical enemy
Medical examiner Sara Linton and her partner Will Trent, an investigator with the Georgia Bureau of Investigation, rush to the scene-and into the heart of a deadly conspiracy that threatens to destroy thousands of innocent lives. When the assailants abduct Sara, Will goes undercover to save her and prevent a massacre-putting his own life on the line for the woman and the country he loves.

I have to say I was disappointed in this book. I had a hard time getting into it. It just didn’t have the same interest as her last books of the Will Trent series

Very informative with the problems we are currently facing in America with white supremacy and the lack of teeth behind stopping them, would recommend. I will say though it took so long to get to everything, this book did not need to be 16 hours long.

Suspense and story telling continue to be excellent as the characters continue to evolve. Love the series

Good Read, I love the woman in this novel, Sarah. Strong, and full of p and v. I also like the relationship she has with Will. Enjoyed this very much.